A quarter of a century ago, Phillip Crosby’s book Quality is Free was published.  This was one of many books published in the briefly lived Total Quality Management wave and contains the Quality Maturity Grid below.

This is a simple way to assess business  management in organisations.  Many organisations still bump along at Stage 1 or 2, despite having an ISO9001 certificate!

BPMN seems to be the dominant modelling notation but I find it messy and over complex for a lot business use.  When I see people using a reference guide to understand a process model, I see bad communication! In contrast, IDEF is very simple and intuitive to use

The IDEF notation was developed by the USAF and details on it are here .

This is my IDEF Guidebook

Many of us will have met people like Sepp Blatter and his cartoonish colleague, Chuck Blazer.  They are supreme players of company politics, often with power out of proportion to their hierarchical position on an organisational chart. Their informal networks extend across their organisation and they have to ability to make things happen through other people. Underestimate them at your peril – they have high social intelligence and will use it to their advantage.

These people flourish where weak or disconnected senior management fail to control business processes, where people’s roles are ambiguous, accountability is missing and formal procedures can be bypassed. They know how to ‘work the machine’ and what information to share and what to keep to themselves. They can find the resources they need when no one else can. They have status as the fixers and firefighters to go to when there’s a problem and time pressure to sort it out. But well defined processes, procedures and accountabilities untangle the tangles and remove their power and job security. They can be expected to be privately be against process improvement, even if they publicly support it. This opposition may result in sabotage or blocking of efforts.  Effective stakeholder identification and management is needed to minimise the threat.  Public, board level commitment to the changes is vital to success.  Even then, the chance of failure are high: The Wall Street Journal article Where Process-Improvement Projects Projects Go Wrong is one of many that states the failure rate of process improvement initiatives at 60-70%

Where people are reporting to such people, they will probably recognise the political power games of their boss and make sure that they stay in favour. If their jobs may depend on him, they will have to play by his rules, even when these are unspoken.

The rich picture below shows some of the different perspectives within the world of process tangles.  In this example, the salesman sells a product to be configured by a Manufacturing & Distribution division:

Let’s look at the people in this tangle:

The salesman makes his sale. His job is then done.  What happens within the boundary of the manufacturing and distribution function is of no concern to him.

‘The man’ benefits from the tangles and confusion.  He will lose status and job security if and when these are removed.

But ‘good people make bad processes work’ so the production workers do their best.

The chaos means that some people win, some lose.  The female graduate gets the overtime pay she wants to help pay off her student loan while the graduate trainee feels that he has ended up in a dead end job without prospects.   The manager has to make meet the customer delivery dates whatever happens.  Often this means working late and at weekends.  As he doesn’t get paid overtime at his grade, he doesn’t get any financial benefit from this extra work and also he believes that pointing out problems may not be well received.  His own efficiency as a manager could be criticised.  Newly married and with a baby on the way, he wants to keep his job at all costs.  But he’s looking to leave when he can.

At the end of it all is the customer.  The person that is too often forgotten by the ‘too big to fail’ companies and the publicly funded Quangos.  If  he can buy from someone else he probably will.

The best companies, the world leading ones that others benchmark against, put their customers first.  They realise that the  customer  pays their wages.

Process tangles are all too common.  The aren’t planned, they just happen.  When they continue for long enough, they become institutionalised and almost impossible   to remove.  Good process management is the only way to prevent them.

Preventing process tangles will be the topic of a later post.

If you like to listen to music or audio books when commuting, the chances are that when you take your earphones out of your pocket or handbag, the cables will be in a tangled mess. Although it’s frustrating, this is predictable behaviour which was described in the paper “Spontaneous knotting of an agitated string,”  the winner of the 2008 Ignoble Award for Physics.  This has been commented on by various publications including The Independent

Business process tangles are where a process folds back on itself, interferes with other processes or becomes a knotted mess where no one really knows what’s happening. This often emerge as an organisation grows or changes, and when no one is looking after the processes.  What we know about tangled strings and cables also applies to business processes: 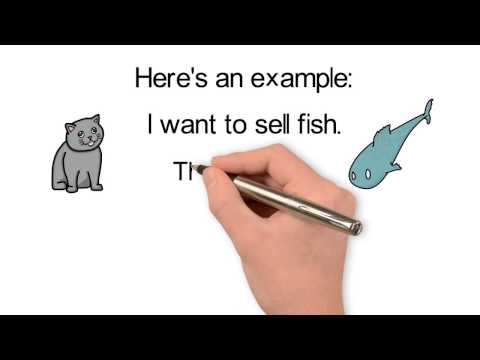